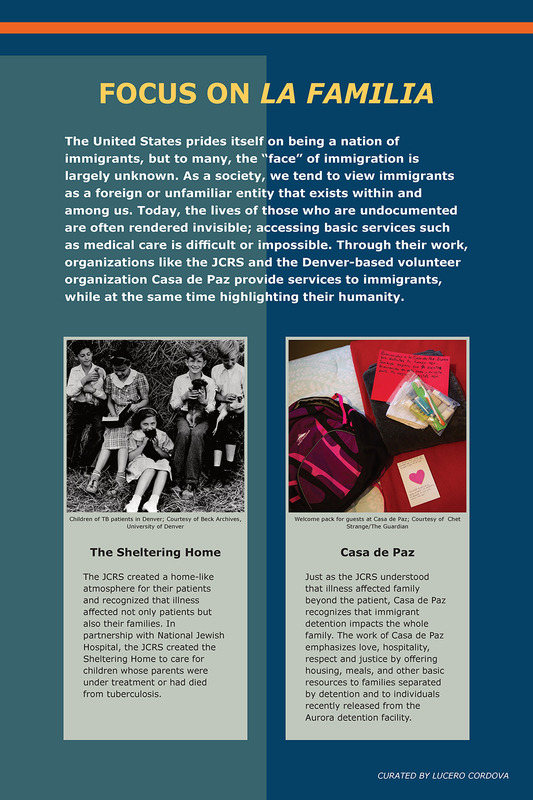 The United States prides itself on being a nation of immigrants, but to many, the “face” of immigration is largely unknown. As a society, we tend to view immigrants as a foreign or unfamiliar entity that exists within and among us. Today, the lives of those who are undocumented are often rendered invisible; accessing basic services such as medical care is difficult or impossible. Through their work, organizations like the JCRS and the Denver-based volunteer organization Casa de Paz provide services to immigrants, while at the same time highlighting their humanity.

The JCRS created a home-like atmosphere for their patients and recognized that illness affected not only patients but also their families. In partnership with National Jewish Hospital, the JCRS created the Sheltering Home to care for children whose parents were under treatment or had died from tuberculosis.

Just as the JCRS understood that illness affected family beyond the patient, Casa de Paz recognizes that immigrant detention impacts the whole family. The work of Casa de Paz emphasizes love, hospitality, respect and justice by offering housing, meals, and other basic resources to families separated by detention and to individuals recently released from the Aurora detention facility.

Click here to view poster and zoom in to images and text.