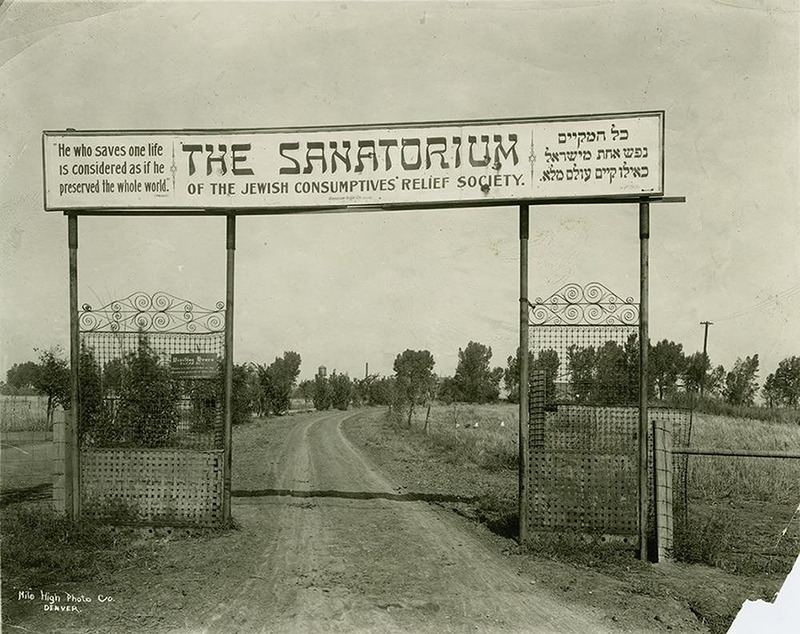 Healing with Dignity: Caring for Immigrants and Refugees in Denver, Past and Present

The Jewish Consumptives’ Relief Society (JCRS) was founded in 1904 as a sanatorium for tuberculosis patients. The JCRS was conceived and developed by a group of Jewish immigrant workers, with the support of several leading physicians and rabbis in Denver, Colorado. Located on West Colfax Avenue just outside of Denver on what is now the campus of the Rocky Mountain College of Art and Design, the JCRS was one of two Jewish TB sanatoriums. The other, National Jewish Hospital, was a non-sectarian institution founded by German Jews to serve their poorer Eastern European coreligionists. The JCRS was known for providing their Yiddish-speaking immigrant patients with dignified, culturally sensitive care. Jewish food and cultural traditions were respected as ailing immigrants sought to heal and to become Americans.

In this exhibit, DU students juxtapose archival material from the JCRS with contemporary issues of healthcare access and equity. Each poster connects historical artifacts to contemporary organizations, individuals, and questions. By placing examples from the past and the present side by side, the students hope to highlight the value of culturally sensitive care, celebrate successful institutions and leaders, and call attention to the work that is yet to be done.