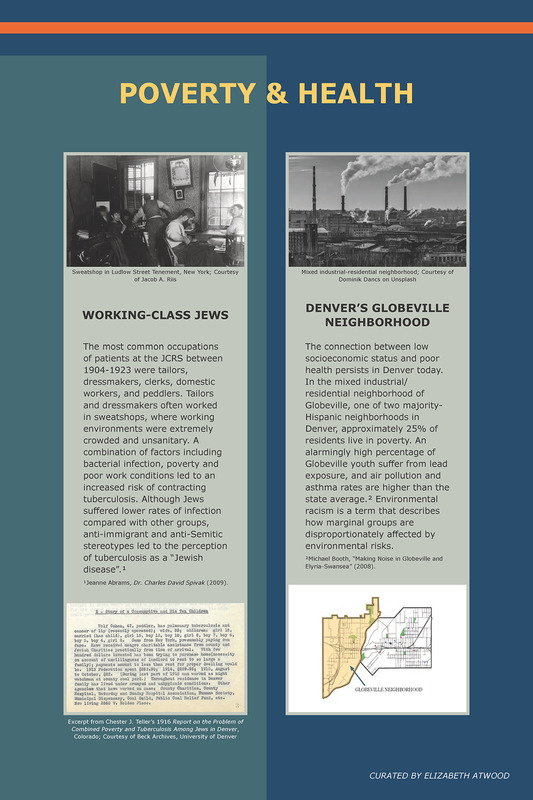 The most common occupations of patients at the JCRS between 1904-1923 were tailors, dressmakers, clerks, domestic workers, and peddlers. Tailors and dressmakers often worked in sweatshops, where working environments were extremely crowded and unsanitary. A combination of factors including bacterial infection, poverty and poor work conditions led to an increased risk of contracting tuberculosis. Although Jews suffered lower rates of infection compared with other groups, anti-immigrant and anti-Semitic stereotypes led to the perception of tuberculosis as a “Jewish disease"[1].

The connection between low socioeconomic status and poor health persists in Denver today. In the mixed industrial/residential neighborhood of Globeville, one of two majority-Hispanic neighborhoods in Denver, approximately 25% of residents live in poverty. An alarmingly high percentage of Globeville youth suffer from lead exposure, and air pollution and asthma rates are higher than the state average [2]. Environmental racism is a term that describes how marginal groups are disproportionately affected by environmental risks.

Click here to view poster and zoom in to images and text.