The Black Student Alliance issued a statement mid-Woodstock West expressing both solidarity with Cambodia, as well as calling out their largely white classmates for failing to rise to the occasion when Black students at HBCUs experienced police violence fighting racism and protesting for peace.

On May 14, the day after Woodstock West came down for the final time, two Black students were killed at Jackson State University, and they received significantly less coverage than the four white students killed at Kent State.

This sentiment continued to surface throughout the remainder of the 1970s, as the University continued to work to racially diversify its student body.

It's noteworthy that there were almost no women leaders present in the anti-war movement at DU at this time - something that would be unthinkable as the decade progressed and the women's rights movement did at the same time. 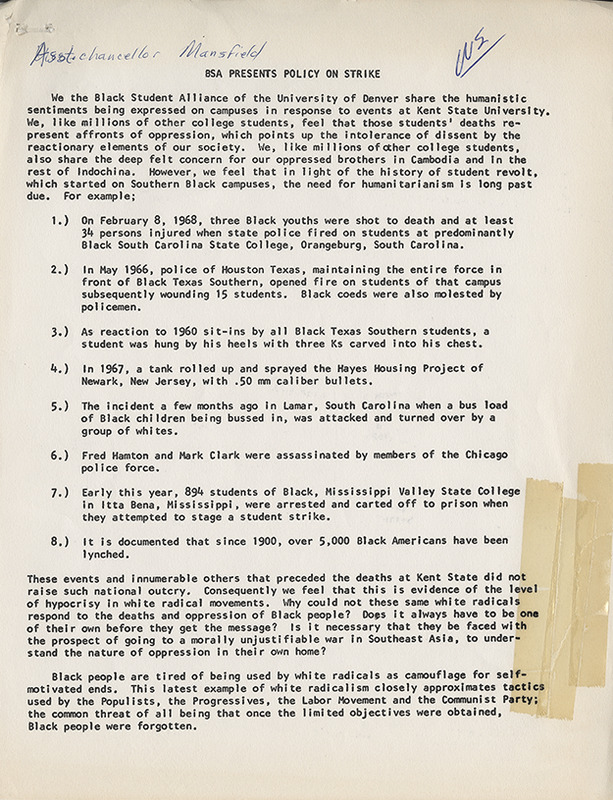 At commencement, Chancellor Mitchell did not shake hands with graduating seniors nor sign diplomas to avoid provoking additional confrontations. Many seniors wore armbands in lieu of cap and gowns. Two funds were established for graduating students to contribute to instead of purchasing caps and gowns.