The Loewenstein Family: A Story of Survival

In the fall of 1942 the Nazis began planning to catch and transport the remaining Berlin Jews in February, 1943, with the goal of making Germany’s capital Judenfrei - a term meaning "free of Jews." They had lists of the remaining Jews in Berlin and their places of employment.  On the morning of February 27, 1943, the Nazis proceeded to arrest them. Those Jews who had German relations were crammed into Rosenstrasse (Rose Street) 2-4, an empty factory building that had previously housed Jewish community offices and was a place where the Nazis gathered Jews about to be transported.

Maria returned home from her night shift that Saturday morning to learn that Max had been taken. She found out that he was being held at the Rosenstrasse address and hurried there to discover about a hundred non-Jewish women demanding to see their husbands, or at least to find out what their fate was to be.

The Nazi guards, used to dealing with helpless Jewish families, did not know how to respond to these insistent German women, whom they could not so easily bully into submission. The wives stood their ground, crying out: “If you take them, you must take us!” and refused to disperse. Most, including Maria and Karin, stayed on for the next five days, their numbers swelling into the thousands. 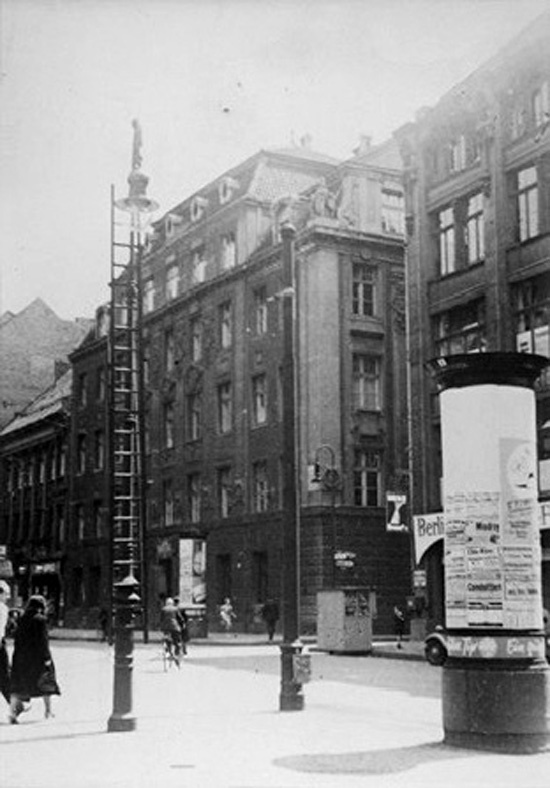 Finally, the Nazis set up machine guns and prepared to use force to put an end to this challenge to their authority. Joseph Goebbels, Minister of Propaganda and Gauleiter (Governor) of Berlin, was keenly aware that Germany had suffered enormous military defeats in recent weeks. Estimates vary, but they had lost at least 500,000 men in the battle for Stalingrad. British Field Marshal Montgomery had just driven Rommel’s army across North Africa, inflicting many casualties.

Goebbels, concerned about German morale, did not want to see a massacre of German women in the center of Berlin, where it could not be covered up. He gave the order to release all Jews who had a non-Jewish spouse waiting for them, noting that deportations could easily resume in a few weeks, when it would be more convenient. Approximately 2,000, including Max, were released. All others were taken to the gas chambers at Auschwitz. Thus Max escaped deportation once again, but knew that they might come for him at any moment.

On March 2, 1943 the British began their nighttime “1,000 bomber” raids, and the U.S. Eighth Air Force soon followed with its massive daylight raids on Berlin. Max and Maria welcomed these raids despite the dangers from the falling bombs, because that was the only time when they did not have to fear the Nazis. 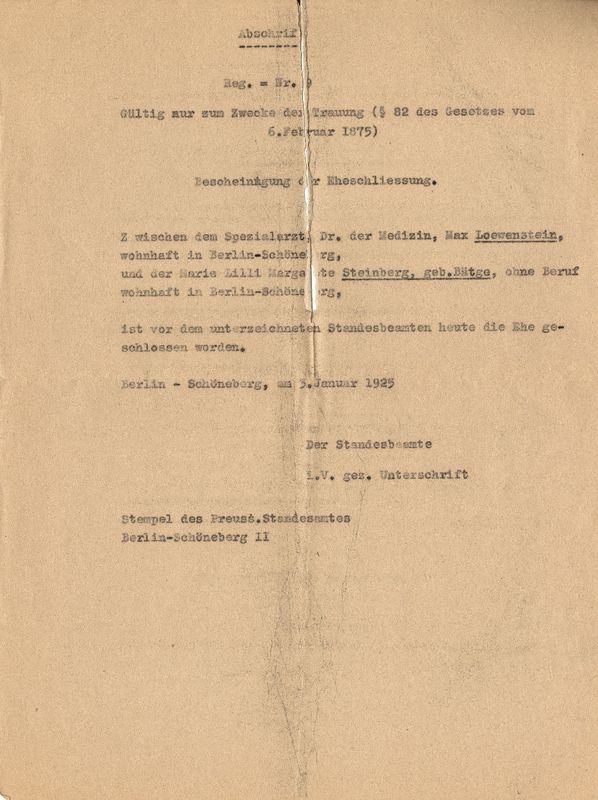 Transcript of Max Loewenstein and Marie Steinberg's Marriage Certificate Record, shown at the Rosentrasse protest to save Max from transportation.

Henry Lowenstein returned to Berlin in 2001 to visit the memorial at the site of the Rosenstrasse Action. Called Block der Frauen, the memorial reads: “Give us our men back; Women were standing here, defeating death; Jewish men were freed” - a tribute to this first and only instance of large-scale German opposition to the Nazi party’s attempts to destroy the Jewish people. 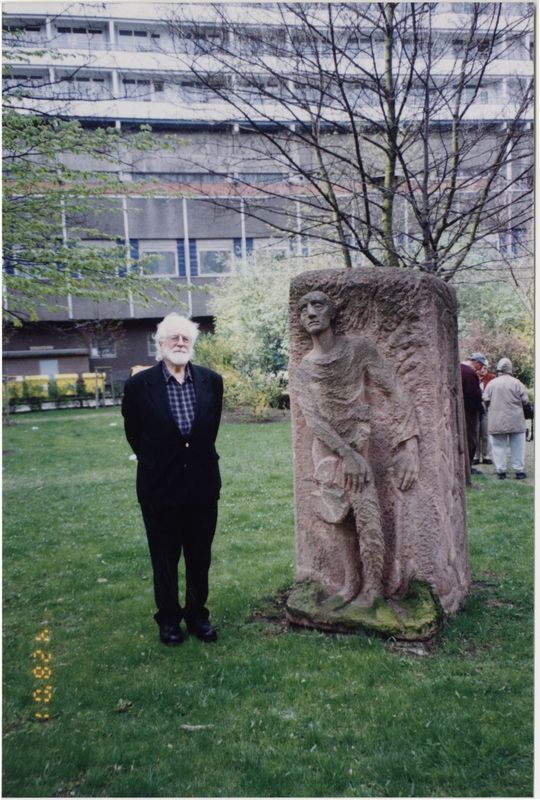