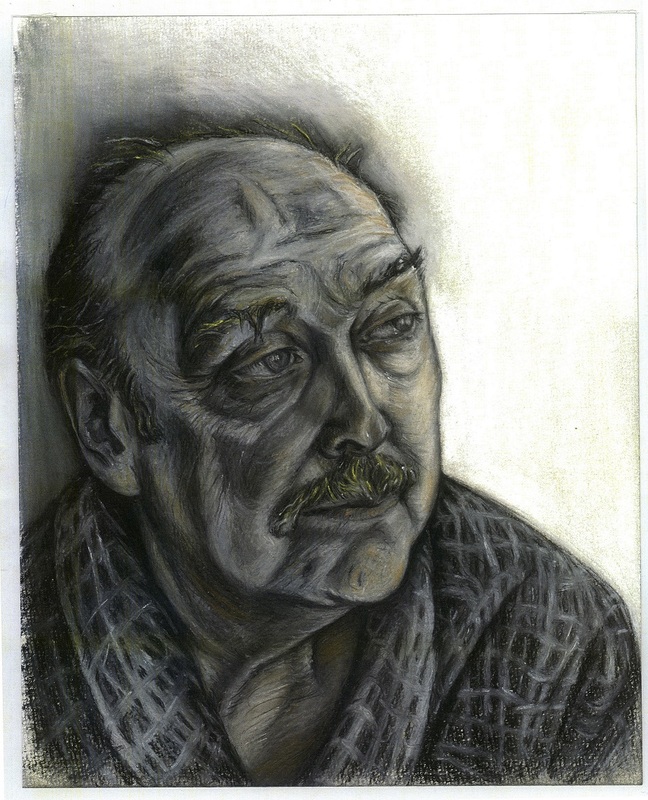 conte and pencil on paper

Harry Lopas (1934-2008) was born in Antwerp Belgium on June 26, 1934. At the age of six, Belgium officially entered World War 2 and Harry was hidden somewhere in Brussels. After years in hiding, he was liberated by the United States armed forces. He left Europe from the port of Le Havre, France aboard the George Washington and arrived in the United States through the Port of New York on June 25, 1948.

Soon after, Harry made his way to Chicago, Illinois where he finished school and became a US citizen. He married Joyce Everett on October 15, 1959 and lived the rest of his life in the Chicago metropolitan area. Harry passed away on August 8, 2008 in Evanston, Illinois.