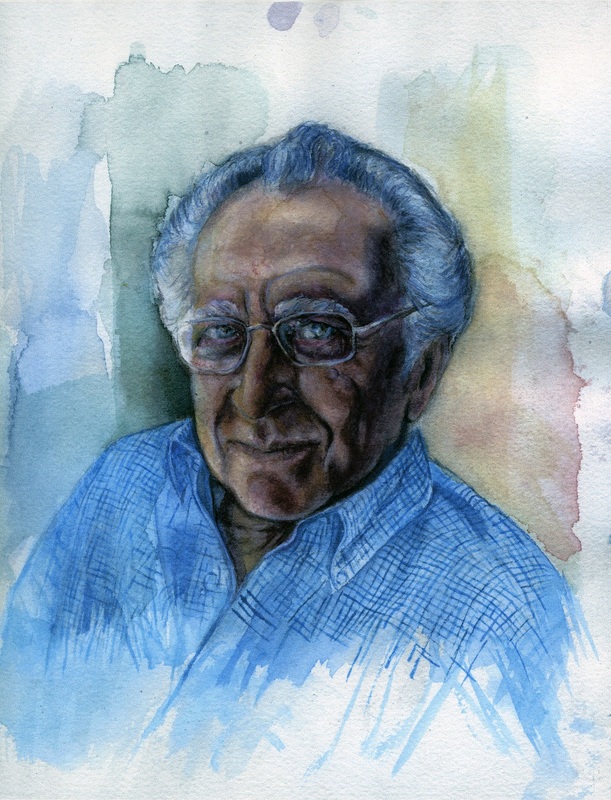 Imre Frankovits (Frankovitz, 1926-2010) was born Emerck Francozicci on May 8, 1926 in Vârciorog, Romania. His family was the only Jewish family in Vârciorog. They were prompted to move to Oradea in 1935 after a priest moved to Vârciorog who preached antisemitism and told the villagers not to shop at his family's general store. As restrictions for Jews became more stringent, life became more difficult, and in 1944 his family was forced into the Oradea ghetto.

They lived in the ghetto for three to four weeks before being transported to Auschwitz-Birkenau. Upon their nighttime arrival at Auschwitz, they were made to line up. The officer who was sending Jews right or left was Josef Mengele who was also placing children from 13-18 into groups for future experimentation. Luckily, Imre had recently turned 18 and was sent to the right for labor. He spent only three days at Auschwitz before being transported to Mauthausen where he also only stayed for three days. From Mauthausen, Imre was transported to Ebensee where he was put to work building tunnels and petroleum refineries in the adjacent mountains. The camp was built for 8000, but by the end of the war there were 23,000 prisoners at Ebensee.

As Ebensee was deep in the Austrian Alps, liberation for the prisoners came later than many of the camps. Imre was liberated by American troops who provided all of the prisoners with a very rich goulash. As he and many of the prisoners were extremely malnourished, the soup made him very sick and he slipped into a coma for two weeks. After coming out of his coma, Imre set out to find members of his family—traveling from Austria to Romania, then Vienna, and then to the Belsen Displaced Persons camp.

Imre, along with a friend, secured transport to the United States through the American consulate and arrived in New York in the late 1940s. Imre had an aunt, uncle, and cousin in New York who he lived with for a few years prior to being drafted into the American Army during the Korean War. He served as a driver for an officer and turned down the opportunity for a permanent job in the Army in order to return to the US. After returning, Imre attended the Fashion Institute of Technology and worked his way to becoming a designer in the fashion industry. He lived in the Bronx and Manhattan.