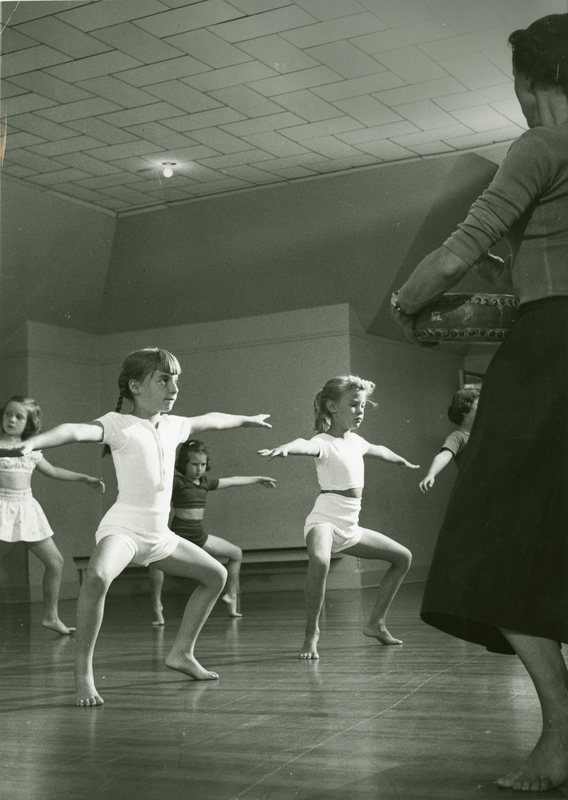 Many of Hanya Holm’s former students and company members settled in Colorado.  Several of these went on to both teach and direct at the Children’s Dance Theatre, which was a part of the University of Denver's Lamont School of Music's Dance Department. These students included Freidann Parker, later co-founder of the Colorado Ballet, and Carolyn Durand Brooks, an early company member and longtime friend of Holm.

Martha Wilcox and Vera Sears, also former students, both taught and served as directors. Sears, who directed the Children’s Dance Theatre for 17 years, called teaching children her “life’s work,” and in her oral history, conducted in 2004, said that “the most important part of [her] life was the Children's Dance Theatre.”

The Lamont School of Music was founded in 1924 by noted voice teacher Florence Lamont Hinman, but functioned as a private, proprietary music school until its merger with the University of Denver in 1941. From 1941 through at least 1958, the Children’s Dance Theatre, which was part of Lamont’s Dance Department, operated out of a mansion at 909 Grant Street. Allen Young, music critic for the Denver Post, said about the Children’s Dance Theatre: “Children and dancers express themselves in distinctive terms, and when youthful dancers turn and leap with natural exuberance…it is a sight hard to resist.”