Haim David Spivak was born in Philadelphia, Pennsylvania in 1893 to Dr. Charles Spivak and Jennie Charsky Spivak. The family moved to Denver in 1896 seeking a better environment for Jennie's health and later established the Jewish Consumptives' Relief Society.

David attendted the University of Denver and then the Art Institute of Chicago. He then went to study in New York until he was called into service with an aviation unit in WWI. After the war he returned to Denver where he taught at several schools, and painted portraits and murals for area residents and institutions. David was also the co-founder and president of the Denver Artists Guild. Tragically, he died from a brain tumor in Denver on November 23, 1932. 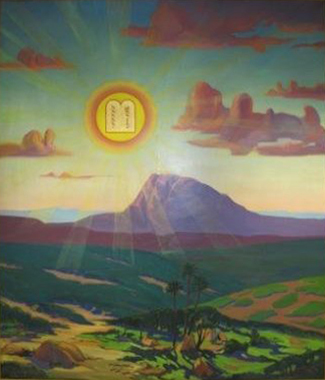 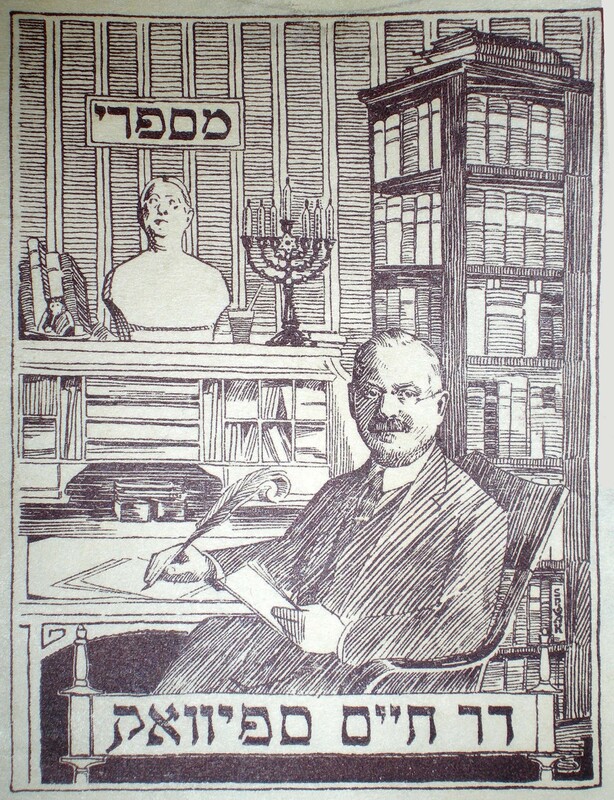 On the wall it reads, "From the Books of" and at the base, "Dr. Chayim Spivak."