Carl (or Karl) Hofer was an artist in Berlin when Maria Lowenstein lived there and they likely knew eachother. A Geman expressionist painter, his work was often politically charged. Hofer was also the director of the Berlin Academy of Fine Arts.  Hofer was not Jewish but was considered a degenerate artist by the Nazi Party and lost his teaching position. By the end of his career, he was one of the greatest German painters of his era. 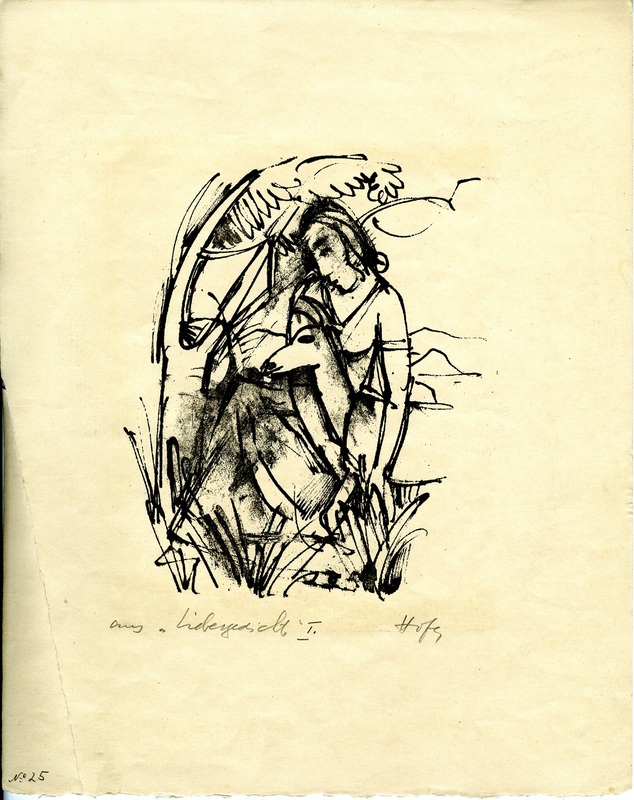